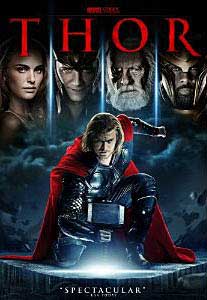 This time we're presenting you an interview with Luma Pictures, a full service visual effects facility located in Santa Monica, California. In last ten years there have contributed to more than 60 films, including blockbusters such as Thor, Captain America: The First Avenger, The Green Hornet, Harry Potter and the Half-Blood Prince, Pirates of the Caribbean: At World's End and all four films in the Underworld series.

How many shots you had on the Thor, what sort of shots and what tools you were considering to accomplish them.

Our work on Thor consisted of many shots. The bulk of the shots featured the Destroyer, a huge suit of magical armor, destroying a small town. Most of the remainder of the shots were for the arrival or departure of characters via the Bifrost, a storm-like manifestation of an Asgardian transportation system. We started evaluating fluid dynamics systems early in our schedule specifically for the Bifrost shots as we knew the shots would involve violent atmospheric disruption, featuring forming clouds, swirling vortices and aurora effects. Later on as we started seeing previsualization of the Destroyer sequence it became clear that the Destroyer's beam effect would also be fluid based.

Why did you choose FumeFX over other tools?

We evaluated FumeFX for Maya, Houdini, and Maya Fluids as potential tools to complete our shots. Each had their strengths, but we ultimately decided that FumeFX had the right combination of speed, simplicity, and quality for our needs. Simplicity and artist friendliness were prime considerations for us. We saw some great things out of each package, but we had some concerns about finding people familiar enough to get to that level of quality using some of the more complex simulations systems. During our evaluation it was pretty clear that artists were effective with FumeFX almost immediately, and were able to produce good looking simulations in short timeframes.

What challenges were put in front of your team when it comes to FumeFX related shots?

Both sequences had their particular challenges. For the Destroyer's beam the main challenge was making it seem like a gaseous, fluid effect, but moving incredibly fast like an energy beam. It needed to cover distances almost instantly and sweep without a lot of lag. We ended up using a variety of techniques to get the beam looking correct, but the FumeFX retiming tools helped us considerably.

The Bifrost shots were a challenge due to the large scale of the effects combined with the desire for art direction and the level of detail required for some of the closeup shots. We ended up simulating multiple sections of the Bifrost effect and combining them in our lighting scenes. In shots where the camera was close to, or inside, the effect we were able to use some of the Wavelet Turbulence tools in FumeFX to upres specific sections as needed.

Since you're primarily a Maya/Linux house, how did you incorporate FumeFX/3ds max into your pipeline?

One of our main goals when we started using FumeFX was to try to leverage as much of our Maya/Linux pipeline as possible and minimize our need to deploy 3ds Max. Early on we worked with Sitni Sati to compile the FumeFX Mental Ray shader for Linux. This allowed us to use our Maya/Linux lighting pipeline to layout and render FumeFX simulations, opening up the power of our entire lighting department and render farm.

What initially attracted us to FumeFX was the quality and artist friendliness. Only later on as we worked shots and developed our FumeFX pipeline did we realize how valuable the Sitni Sati support was. Together we were able to do entirely new things with FumeFX, and we look forward to continuing this collaboration.

Thank you for the interview and great FumeFX shots.