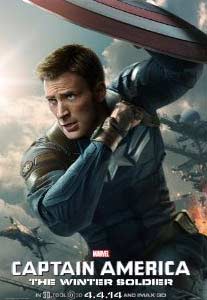 Over the last 2 years Luma Pictures has worked on several Marvel Films, which heavily relied on FumeFX and its toolset. Luma, after having collaborated with Sitni Sati on the FumeFX for Maya version during Thor, and the FumeFX Arnold Shader, put all that tech through its paces on Marvel’s “Captain America: The Winter Soldier”™ and “Ant-Man”™ films.

What sort of effects was FumeFX used for on these films?

On Captain America: The Winter Soldier, we augmented a lot of explosions for the epic battle scenes on the freeway with FumeFX explosions, fire and smoke. On Ant-Man, (spoiler alert) we heavily used FumeFX for the climactic ending sequence where Ant-Man infiltrates the PymTech building. The shots where Ant-Man was running through the architectural model was heavily populated with FumeFX smoke explosions. Also the entire ending sequence,when the ants blow up the lab with C4, the tank exiting the building, and the entire building imploding were heavily layered with FumeFX for Maya elements from very high resolution fireballs, to layer upon layer of smoke coming from every crevice in the building implosion.

What were some of the challenges faced with these effects and how did you overcome them?

Winter Soldier had a lot of “match-to pyro” situations, where we needed to augment instead of entirely create new elements for things in the shots we worked on. The flexibility of the FumeFX shader allowed us to rapidly change looks on the same simulation to pull out or flatten detail when needed to help match the in camera smoke or fire elements. Additionally the ability to post retime and change simulation speed via the simulation time controls helped us greatly to match looks more exactly and quickly, we could run multiple low rez simulations tweaking values until we got the look correct and then crank up the rez for a final sim.

Ant-Man’s explosions and the climactic implosion were a very large challenge we happily took on with FumeFX’s toolset. For the C4 explosions, we melded together at render time, no less than 10 separate very high resolution FumeFX simulation elements, all rendered together in one shot via the FumeFX for Maya Arnold Shader. Arnolds ability to chew thru data is not lost on Volumetrics, and with the advances to the FumeFX Arnold shader that incorporate Arnold’s built in volumetric support, smoke and fire are rendered together and Arnold is capable of doing all its own internal scattering, at a very impressive speed.

For the implosion, Luma’s FX Artists had a bit of a challenge ahead of them, doing something with FumeFX it’s not usually meant to do. Shrink and collapse in on itself… They accomplished this thru several weeks of R&D testing, but finally settled on a very tricky particle velocity solution coupled with FumeFX’s Void source at the center of the implosion to keep the Volume of smoke from building up where it was supposed to be shrinking out of existence. These simulations were run at very high resolution on our beefiest machines, and turned out beautifully.

Which product do you use FumeFX 3dsMax or FumeFX Maya?

We are a Linux based Maya facility so we use FumeFX-Maya exclusively, additionally we use the Arnold renderer exclusively as well.

After several years and several films-worth of work using FumeFX and its tools, we’re still VERY happy with the results we get from it. FumeFX’s consistency, speed and ease of use are still unmatched in other software offerings. We can get a new artist up and running with FumeFX very quickly, even if they’ve never used it before. Additionally 3dsMax users have a very easy transition to FumeFX in Maya at our facility, since the FumeFX user interface and toolset was modeled to match feature sets with the one in 3dsMax.

The addition of the Arnold shader opened up new worlds for us to be able to render all our elements together, instead of having to run some renders in Arnold and FumeFX passes in Mental Ray. Its the bane of most compositors existence to have to mix renderer outputs especially if there are motion blur objects involved. This solved this problem for us once and for all. Additionally the ability of Arnold to do its own native scattering is a huge win as we can light FumeFX volumes with other objects emission shaders and FumeFX fire can cast proper light on geometry as well.

Luma Pictures is looking forward to the next Marvel challenges and we’ll be happily bringing FumeFX along for the ride.

Thank you for the interview.